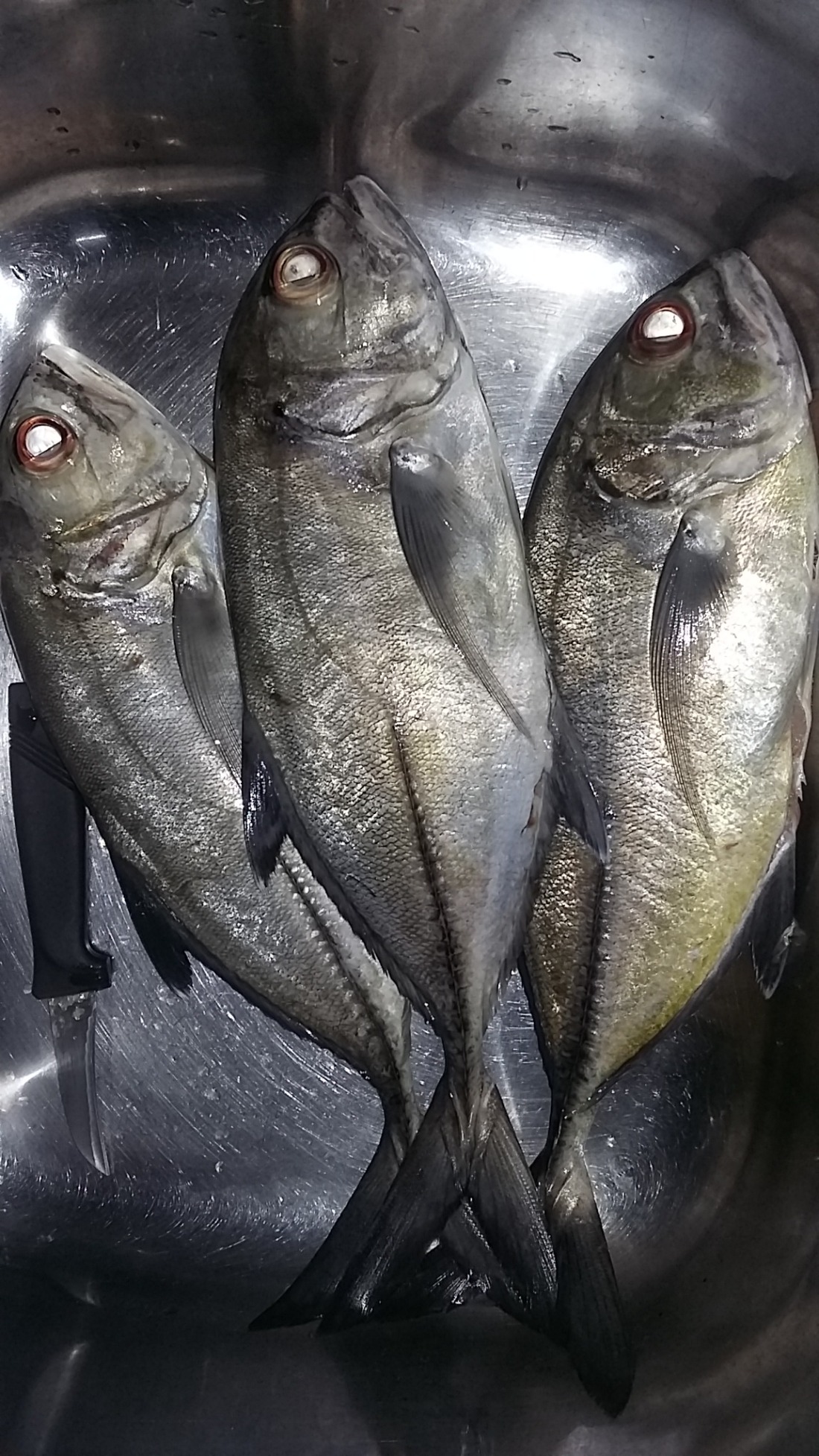 I’ll be honest with you all, I’ve never cooked fish in my life, ok I lie I’ve cooked frozen fish fingers, but hang on, are fish fingers even made of fish? Hmmm??

So I wanted to talk today about my first attempt at cooking fish, I know, why such a mundane topic? Well why not, with the news being as it is, with the usual Environmental and Economic woes. Maybe if things get bad enough, it will be important to learn how to fish or at least know who to trade with to get your fresh fish.

Just by living near the sea, I have this self imposed expectation that I should be living some sort of seaside lifestyle. I say this because it amazes me that when I lived a couple of kilometres inland at 8 Mile, seafood was the last thing on my mind. The only seafood I’d likely have is a seafood laksa at Kopitiam.

My neighbours popped in this afternoon and offered us some Trevally, they have a dinghy moored in our shared beach front and last night they went on a line fishing expedition so this was the result. Well a small part of the result, the rest of it was going to the markets for sale.

So as I walked into the house from the car, after having just driven home, the missus greets me with a, ‘Do you know how to gut fish?’, ‘uhm no’ I replied, hoping she’d offer to do it. She did indeed offer to clean the fish, but this now meant I had to cook it.

How the hell do you cook fish? Especially with its shape, how do you cut it up to cook it? Thankfully we get great bmobile reception out here, so I quickly looked up some recipes online on how to cook Trevally. I found two generally appealing approaches considering what we had in the kitchen, which is, I either fry it or I bake it. They both looked appealing and they both used the same ingredients of garlic, butter, olive oil, salt and tomatoes (I added ginger).

I decided to go for frying. Now not knowing how to cut up this beast. I had a crack at filleting one, from a YouTube explanation video, but I think there was just as much meat left on the bone so I agreed with the Missus that I’d have to fry the fillets and the bone together. The rest I cut up into steaks.

I chopped up all the ingredients, the fried that in butter to saute (I think that’s the right word), then when it got hot enough, I added the fish pieces which I’d salted and drizzled in olive oil, (most recipes love to use the word drizzle lol).  Although the fillets took more time to prepare, I did find however that the fillets were faster and easier to cook than the steak pieces. 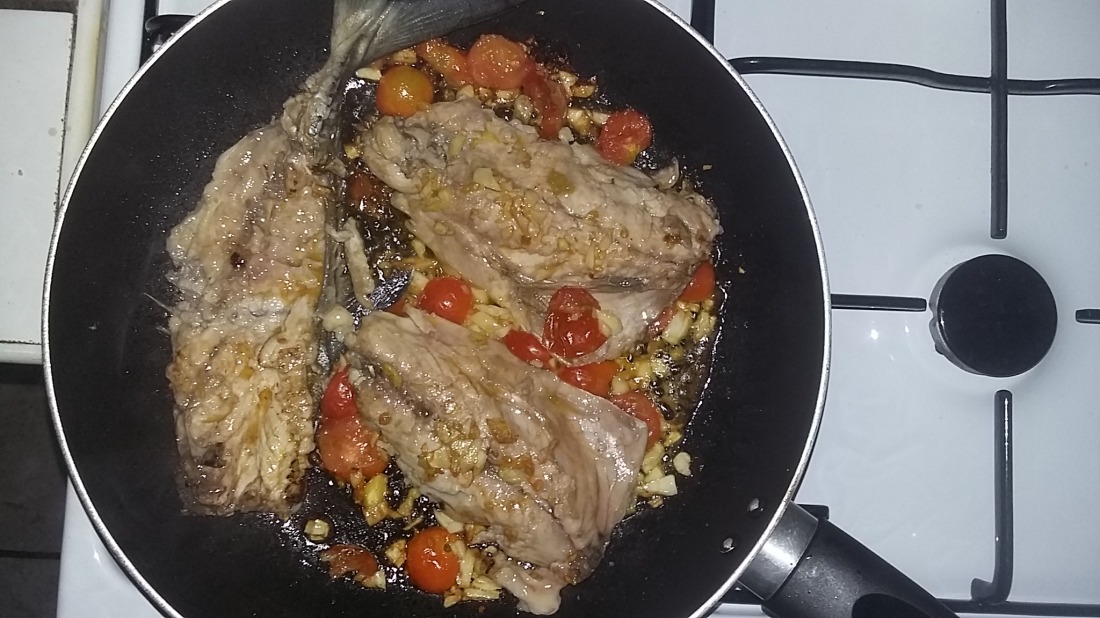 I remembered it as being a masterpiece and since the Missus and Ms. Six praised me throughout the meal in between each several bites, I think I must’ve done alright.