After a long time of dumping accusations into the flow of PNGSDP’s operations. Sir Mek has finally come back with his say on what’s what at PNGSDP.

He opens his statement with this, “For several months, a number of positive and negative public statements have been made about the future of mining at Ok Tedi and about PNG Sustainable Development Program Ltd, the trust company that holds 63.4 percent of the shares of Ok Tedi Mining Limited in trust for the people of Western Province. I have not, until now, responded to any of these statements, believing that the issues were best dealt with through direct discussion and negotiation between the parties concerned.” Some key points (out of many which Liam Fox noted on Twitter) were:

As I pointed out in a previous post, PNGSDP is an important and large PNG Government related fund which adds value overall to the country’s development. So in addition to the governments Consolidated Revenue, the Sovereign Wealth Fund and proposed Kumul entities, it is important that management across all these sources of wealth work together and have aligned goals.

Below are some stats from PNGSDP on what they have done so far. 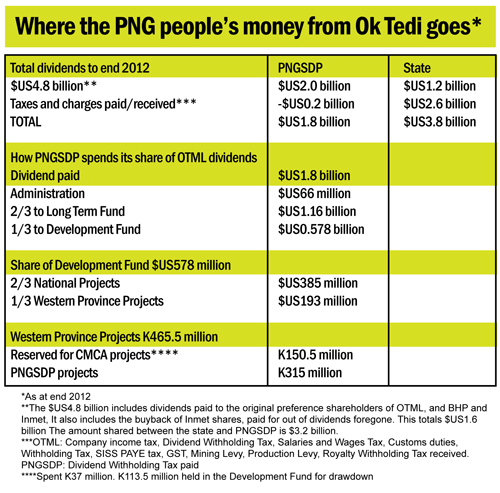 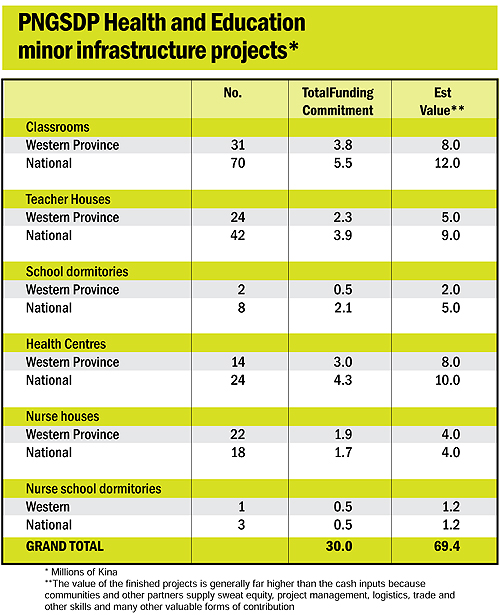