The Goilala Foundation President Thomas Eme said (Sunday) that Mr Mona’s election and success must be attributed to the people of Goilala although only 3,000 plus people voted for him out of a population of about 15,000 people.

Mr Eme said the Foundation wishes to work together with Mr Mona to ensure that the much needed services and development that has been lacking for many years reaches the Goilala people.

“We would like to see his son, the duly elected MP for Goilala, Daniel Mona is committed and work closely with the people of Goilala as his father did. He (Mr Mona) must follow in his father’s footsteps and bring the vital services to the people and district of Goilala,” Mr Eme said.

Mr Eme paid tribute to the outgoing Governor of Central province, Alphonse Moroi describing him (Moroi) as an impeccable, honest and committed leader and a true son of Goilala who did his best for his people. Mr Moroi pursued the reconstruction of the Tapini Highway and initiated and implemented other major tangible projects that have benefitted the people of Goilala and Central Province.

Mr Eme called on Mr Mona to also pay tribute to Mr Alphonse Moroi stressing that people of Goilala are aware that Mr Moroi had supported and accommodated Mr Mona for the past ten years in the Central Provincial administration, hence, boosting his popularity and success in this election.

“The former Governor of Central province Mr Alphonse Moroi is a true son of the Goilala people and has given his best to the people of Goilala and Central province. We grieve his loss but hope that Mr Mona and the newly elected Governor of Central Province Mr Kila Haoda will continue to pursue projects and resolve issues and bring the  kind of development Mr Moroi has initiated and implemented in the past ten years,” Mr Eme said.

He added that on behalf of the Foundation, they (Goilala Foundation) will support and assist Mr Mona and Mr Haoda to bring about realistic projects and ventures to benefit the people of Goilala.

The Goilala Foundation was established in November 2011 and launched by the former Governor of Central Alphonse Moroi and NCD Governor Powes Parkop. Its purpose is to promote the Goilala district and people through its website (www.goilala.com) and also develop the potential of the district.

The Goilala Foundation is made up of elites from Goilala as well as Goilala Chiefs and the people of Goilala and; supporters from PNG and overseas.

“The Goilala Foundation is available to provide advice and support to the new Member for Goilala Daniel Mona and Governor for Central Kila Haoda,” The GF President Thomas Eme said. 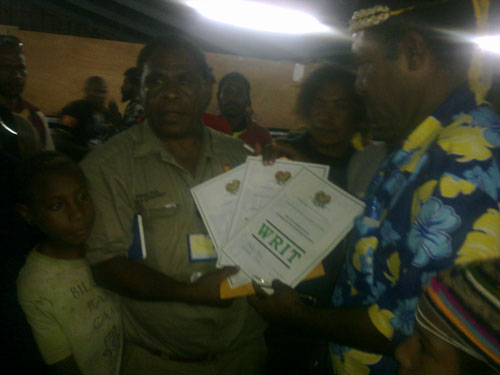 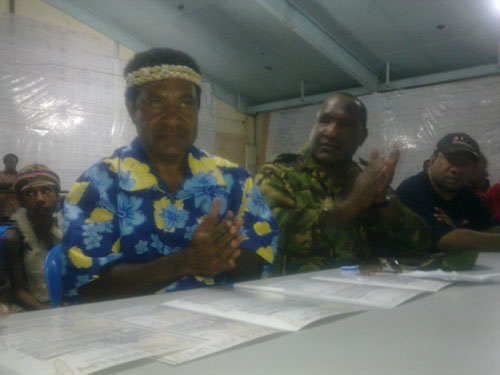