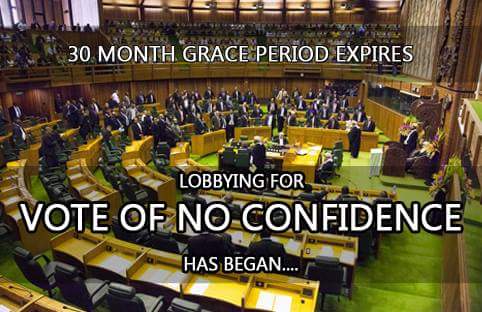 The controversial constitutional amendments of a 30 month grace period preventing any vote of no confidence against the Prime Minister expires today 04/02/15.

Peter O’Neill, introduced the proposed constitutional amendment bill to avoid a no confidence vote and to extend the life of his government by two-years-and-six months. (30 months). The previous term was only 18 months.

With the vote of no confidence now back in play it’s believed the lobbying to remove the Prime Minister has already began.

It’s reported the minimum numbers required to give notice has been confirmed while lobbying continues to secure the majority 54 MP’s to force a change in the office of the Prime Minister.

Parliament resumes on 10 February 2015 it will be interesting to gauge whether the PM enjoys the overwhelming majority of MP’s as he has in the past.

Will keep you up-dated..